Brian Wesbury, Chief Economist at First Trust Portfolios, does a nice job in the commentary below comparing and contrasting the difference between the private sector (which is doing well) and the public sector (with governments of all sizes in precarious financial positions).  This divergence is a risk factor; the next crisis could erupt from the public sector.  Fortunately it is likely a decade or more away at the Federal level although the upcoming debt ceiling debate could create some pain.  In the meantime, the private sector looks poised to keep making progress and driving stock prices higher in the process.

So, how is it possible that the federal budget, along with some state and local budgets, still look like they’re in the middle of a nasty recession?

The answer: Government fiscal management is completely out of control.  Politicians find time to fret about Amazon’s purchase of Whole Foods and won’t stop bashing banks, but they’ve lost their ability to deal with their own fiscal reality.

The federal government is proj 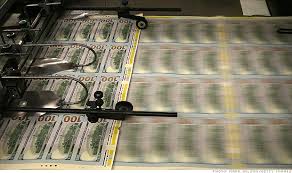 ected to run a nearly $700 billion deficit this year, and long-term forecasts suggest trillion dollar deficits as far as the eye can see.  Illinois and the City of Chicago are running chronic deficits, while New Jersey and New York are fiscal basket cases.

This makes the politicians of the 1990s look downright responsible.  In 1999, after a 10-year recovery, these entities were all running surpluses. But even if this recovery lasts 12 years, deficits will persist.  And what happens if there’s another recession?

Politicians have claimed intellectual support for their fiscal irresponsibility from John Maynard Keynes.  He believed in deficit-spending to help cure the problems of weak consumer spending in a recession.  As a result, the Panic of 2008 gave cover to grow government, and they did so in spectacular fashion.  But that “emergency” spending then morphed into permanent overspending and chronic deficits.

Tax rates are higher today than in 1999, and the economy is bigger, but governments have consistently outspent the ability of taxpayers to fund it.

Even Keynes thought the government should roll back spending and get budget deficits under control in better economic times.  But politicians are long past seeking his intellectual support.  They love to lecture business-people about greedy human nature, yet can’t turn that analysis on themselves.

Businesses and entrepreneurs create new things and build wealth.  Politicians redistribute that wealth.  And while some of what government does can help the economy, like providing defense or supporting property rights, the U.S. government has expanded well beyond that point.  Politicians have never been this reckless or fiscally irresponsible.

Whenever we say this, people ask; “what would you cut from the budget?”  And then, if you are actually brave enough to answer, you get attacked for “not caring.”

This needs to stop.  Illinois is in a death spiral.  Tax rate increases will chase more productive people out of the state, while ratcheting spending higher.  And just like Detroit and Puerto Rico, the state will go bankrupt.

The U.S. government is on this path, but, because it has the ability to fund itself with the best debt in the world, a true fiscal day of reckoning is still 15-20 years away.

Government spending needs to be peeled back everywhere.  It’s no longer a case of picking and choosing.  And until that happens, the fiscal irresponsibility of the government is the number one threat to not only America, but the world.

No matter what politicians tell us, any pain caused by private sector greed will pale in comparison to the mayhem that collapsing governments can create.  Just look at Venezuela or Greece!  It’s time to reset America’s fiscal reality.  And if that means debt ceiling brinkmanship, shutting down the government, or moving to a simple majority on spending decisions, so be it.  It’s time to get serious!

Approved for public use.  Thanks and have a great week!