Q1 earnings are expected to come in much better than expected and upside revisions and upside earnings surprises are the primary drivers for Q1’s earnings growth rate.  The blended rate (combines actual results with estimated results not yet reported) of 12.5% as of Friday, April 28th for the S&P 500 is coming in well ahead of the 9% expected at the end of March.  Take a look at the report from Factset for more details. 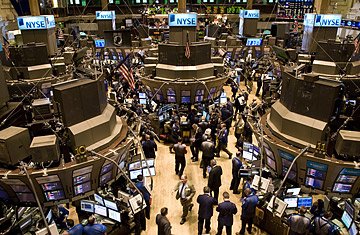 Q1 earnings reports contrast with economic data for Q1 which remained soft in some areas.  The Big Four Economic Indicators was updated Monday, May 1st with the most recent (and very important) Personal Income data.  After adjusting for inflation the real number for Personal Income during March rose 2.8% year over year, which is near the high end for the last year.  The biggest improvement in the Big Four Indicators over the last year, however, has come from Industrial Production.  After peaking just over two-years ago the indicator entered a prolonged slide that flatlined 13-months back.  Only in the last 4-months have we seen it reverse course and move higher.

There was no question the economy was at risk of slipping into a recession as we approached the fall elections and it is reasonable to point out the economic improvements have been mild.  A soft Q1 real GDP growth of just 0.7% was disappointing.  It wasn’t all bad, looking at Core GDP which removes inventories, government spending and trade with the rest of the world, grew at 2.2% in Q1 and is up 2.8% from a year ago.

In terms of stock market performance, the last week of March was the strongest since January which sent the Nasdaq index to a new all-time high which is now over 6,000.  The race may be on for the Nasdaq to break-through the 10,000 level or the Dow to top 30,000. Maybe it will be the S&P hitting 3,000 first.  It will take some time and there is a chance we will have a recession or some other surprise event that will send stocks much lower before we reach the next big milestone for these indexes; it is also entirely possible that market will only experience normal corrections between now and new target levels.

We are also hearing a lot about an expensive and “toppy” stock market.  For those that hold this view they may find themselves watching this market move much higher before prices fall to “attractive” levels.  There is little evidence suggesting we are on the verge of a 2000 or 2008 type event.  There are issues with credit markets to be mindful of and there is always the risk a black swan event could materialize but a big market correction does not appear imminent.  That does not mean there aren’t clouds on the horizon.

What is apparent is the inability for Washington DC to get its act together.  There are huge problems with the U.S. Federal debt level and ongoing deficit spending is unsustainable.  Eventually something is going to give unless they get their house in order which seems more unlikely with each passing congress.  The percent of federal expenditures needed to make interest payments is an important area to watch.  The Wall Street Journal recently published an article highlighting how rising interest payments are already showing up in the federal fiscal year.  We are a long way from them being problematic but with ongoing deficit spending and interest rates slowly moving higher the clock is counting down.

Negligent politicians aside, one of the more exciting driving force in today’s economy and stock market is the amazing array of new innovation and scientific discoveries.  Entrepreneurs are busy delivering new solutions to our health, travel, and entertainment needs and creating new business in the process.  There is a new innovation index out that may be a promising investment for those looking to invest in companies targeting high-growth areas like web-based data & services, IT infrastructure software, consumer data and services, finance software & services, specialized semiconductors and more.  The investment currently holds 100 companies delivering a nice combination of diversification and focus and has a weighted market cap of only $30 billion which, compared to the $169 billion weighted average market cap of investments tied to the S&P 500 index, represents much smaller companies but still primarily in the large cap category.   Let me know if you are interested in learning more.

While the stock market is rising some categories of stocks might represent better long-term opportunities based on structural changes in the economy.  If this is something you have thought about but not acted on, let’s have a conversation.