How The Presidential Election Could Impact Stocks and Bonds 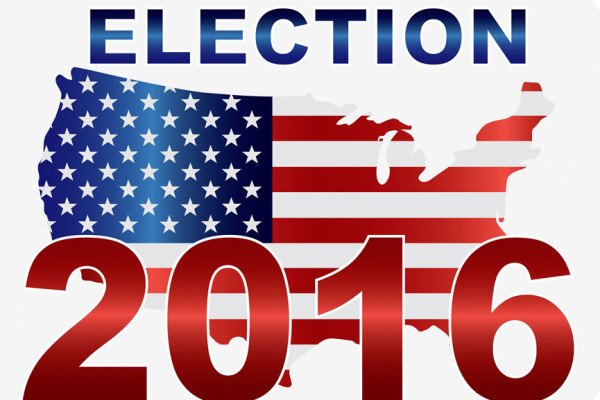 U.S. investors find themselves on the verge of a historic election clouded by controversy not seen in decades, even lifetimes.  Combined with mixed messages in related areas: A rare strong GDP number (subject to revisions), a Federal Reserve on and off with raising interest rates (they are on again for a December hike) and a positive bias to earnings season so far; it seems anything could happen.  The circus we are witnessing between government, candidates, news reporting (and of course WikiLeaks) is exposing the worst in humanity.  Who would have thought a computer shared between Huma Abedin and Anthony Weiner would have trumped (sorry about the pun) all the email stories to date!

Investors would be naive not recognize the potential for coordinated manipulation of asset markets.  We know global banks were recently fined for manipulating LIBOR interest rates and there have been many previous instances of bad behavior in the industry.  That is why Dightman Capital focuses on combining multiple well-constructed strategies for a growth portfolio designed to weather a variety of market and economic conditions using straight-forward investments in specific combinations.  Let us know if we can help you find investment success in a world of uncertainty.  Based on Friday’s response to the breaking Weiner email story from seized electronic devices, more short-term stock market volatility should be expected.

In another sense this market environment is no different from what we have experienced throughout the current administration:  An ability over the last 8-years to guide the news narrative along with markets.  All of that may be about to change, or is it?  Time, it turns out, may be the biggest enemy to current economic and market conditions.  I would caution against taking too bearish a view.  We simply do not know the threshold where markets reject monetary expansion.  Outside of a surprise event that derails markets, current conditions of an upwardly trending stock market, mediocre economic growth and lower than normal interest rates are likely to mostly remain in place via the big fiscal ambitions of both presidential candidates.  Most elections have little impact on markets direction near-term and that would be more true if this was not such a controversial election.

After this year’s election results are announced we might see near-term volatility like the U.K. market reaction to the Brexit vote back in June.  U.K. stock investors have taken the development in stride since the vote with stock prices trading just below levels prior to the vote. 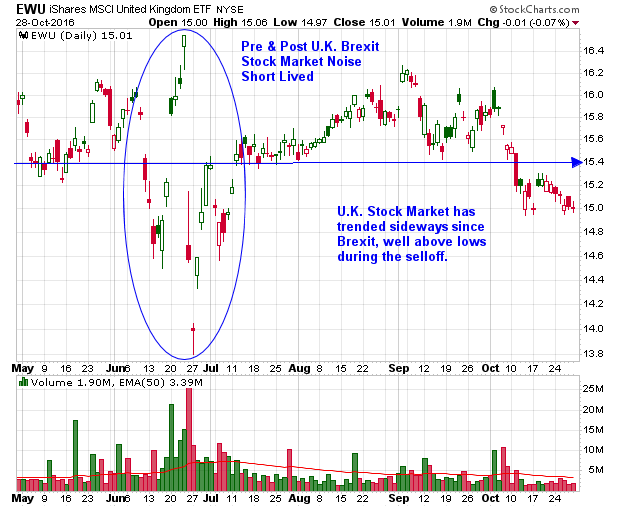 Bond markets are a different matter altogether.  Instead of trying to hold an 8-year rally, like the stock market, bonds have a multi-decade rally to contend with.  A rally that has pushed interest rates to minuscule levels.

The Fed has signaled they would like to move forward with a rate hike in December and the futures market is currently pricing a 70% likelihood.  Regardless of Fed action bonds are due for a pullback as prices have risen above the top of a multi-decade channel. 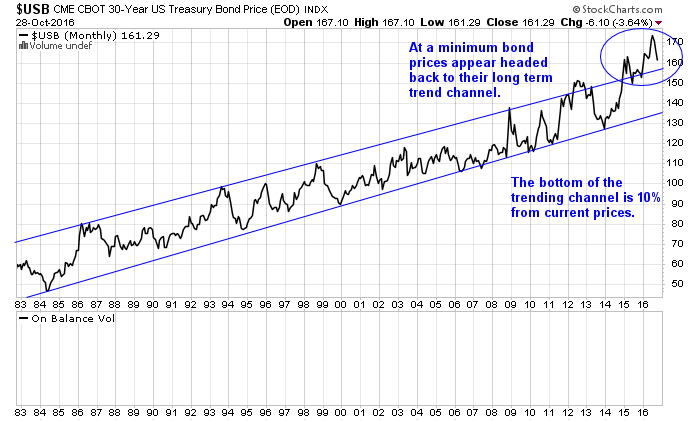 More evidence of higher rates can be seen in the price action of interest rate sensitive industries like real estate investment trusts (IYR) and utilities (XLU), both of which have come under pressure.

Markets are always only a crisis away from sending bond prices higher and yields lower as investors look for a safe-haven.  With no shortage of international and domestic tension on the rise, we can’t count that out.  But outside of a surprise scenario bond prices look headed lower in the near-term and probably over the intermediate term as well.

Once the election dust settles stocks look poised to continue their advance on the back of new fiscal policy and ongoing monetary policy.  If the next president can pass a fiscal spending package it might be just the cover the Fed needs to continue raising rates.  A couple trillion $ directed into the economy could go a long way towards sustaining the current path for stocks.  Regardless, it looked like the next president of the United States will either be a wildcard potential change agent or a president marred in controversy.  The market will likely discount some controversial headlines as long as credit conditions remain favorable and economic growth is maintained.  Changes in either of those two areas and the next President might find the going a bit tougher than the last one.